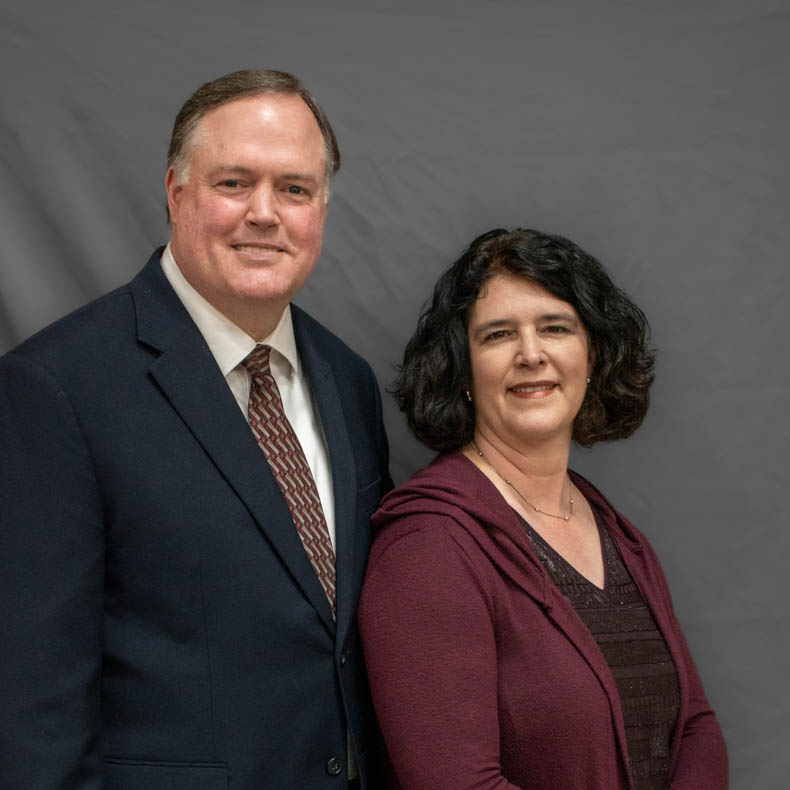 Kent Ramler grew up in a Christian home and was saved at the age of four. Shortly thereafter, in 1974, his parents moved to Downers Grove and joined Marquette Manor Baptist Church. Pastor Ramler was baptized and joined the church at the age of eight. He attended Marquette Manor Baptist Academy and graduated from there in 1986. Having surrendered to the call to preach at the age of 14, he attended Bob Jones University and graduated with a B.A. in Bible in 1990. He then taught at Bob Jones Academy and University for the next eleven years while pursuing an M.A. in Bible and a Ph.D. in New Testament Interpretation.

In 2001, Pastor Ramler left Bob Jones University to be the assistant pastor at Marquette under Dave Canedy, his former youth pastor. He also served as the Associate Pastor and Academy Administrator. He has been married to his wife, Joy, since May 5, 1990, and they have four children: Ruth, Jonathan (“Jack”), Rose, and David. In 2009, Pastor Ramler and his family were called to minister at People’s Baptist Church. 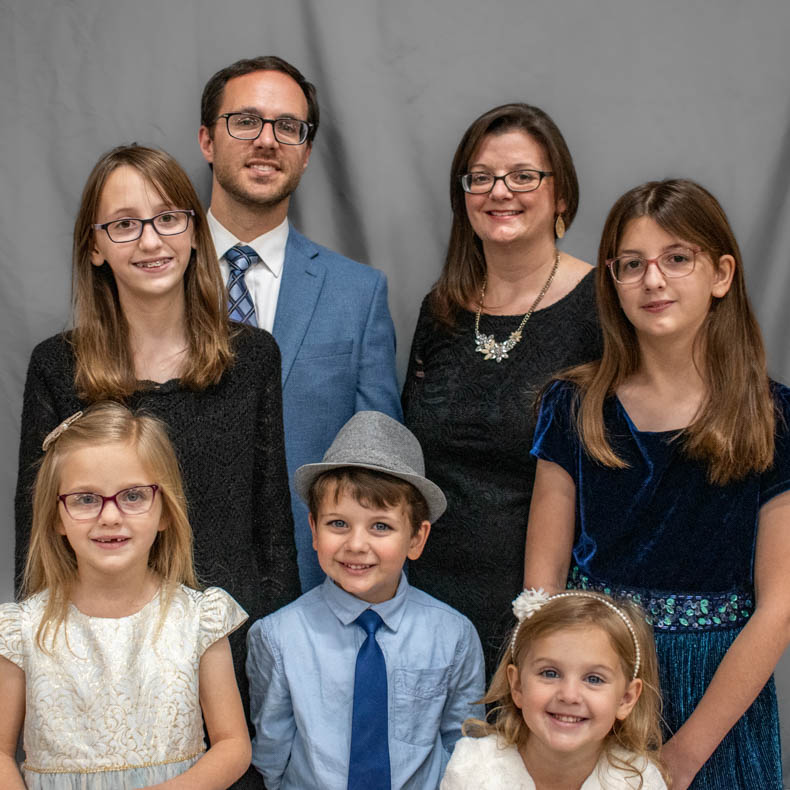 David Lavoie grew up in western Canada and was saved at the age of 12. It was during his college years at Bob Jones University that he surrendered his life to serve God in whatever role He would have for him. After receiving a B.S. degree in Engineering Science, he was offered a teaching graduate assistantship at BJU and he has been involved in Christian education ever since. Upon graduating from BJU with his M.A.T. degree in Mathematics Education, he worked at Calvary Baptist Church Academy for 12 years as a teacher, athletic director, assistant principal, and a variety of other roles. For part of that time, he also served as a youth leader and assistant to the pastor at Temple Baptist Church. In June of 2018, God called him to come to Frederick to serve as the administrator of Frederick Christian Academy and as the youth leader of People’s Baptist Church. In addition, he is currently working on a M.S. degree in Educational Leadership. He and his wife, Kristen, have been married since July, 2005, and have five children: Abigayle, Olivia, Emily, Gordon, and Coralee. 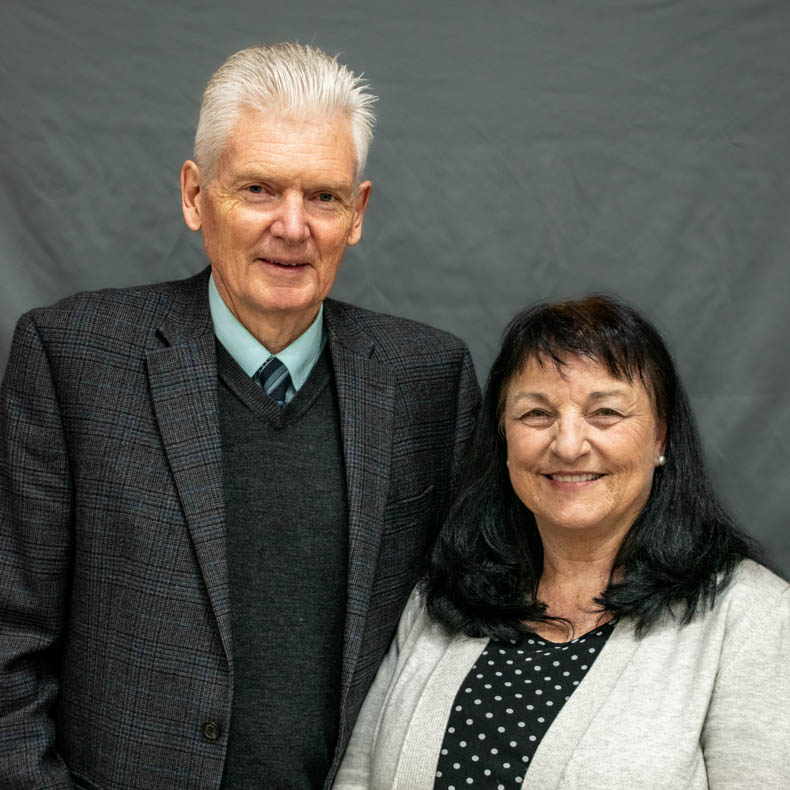 Ruth Lea-Wilson got saved at the age of 20 during her sophomore year at VA Tech in Blacksburg, VA. After graduation in May, 1982, Ruth moved back to Long Island where she was born and raised. She joined Syosset Bible Baptist Church in Syosset, New York. While living on Long Island, Ruth worked as a Buyer and Financial Analyst at Grumman Corporation for the next 7 years. Ruth met her husband, Jonathan, in the college and career group and they were married in September, 1986. Ruth then attended Long Island University and graduated with an M.B.A. in Finance in May, 1989. Ruth left work and she and Jonathan moved to Maryland in December, 1989, soon after their first child (a daughter) was born. They had 5 more children (sons) and for the next 27 years Ruth would homeschool them full-time. During these years they ministered as Sunday school teachers, choir and orchestra members, bus workers, VBS workers and Spanish church helpers. They both graduated from Faith Bible Institute in 2004 with a Bible College Diploma. Ruth began work at People’s Baptist Church as the business manager and church secretary after their last son graduated high school in May, 2020. 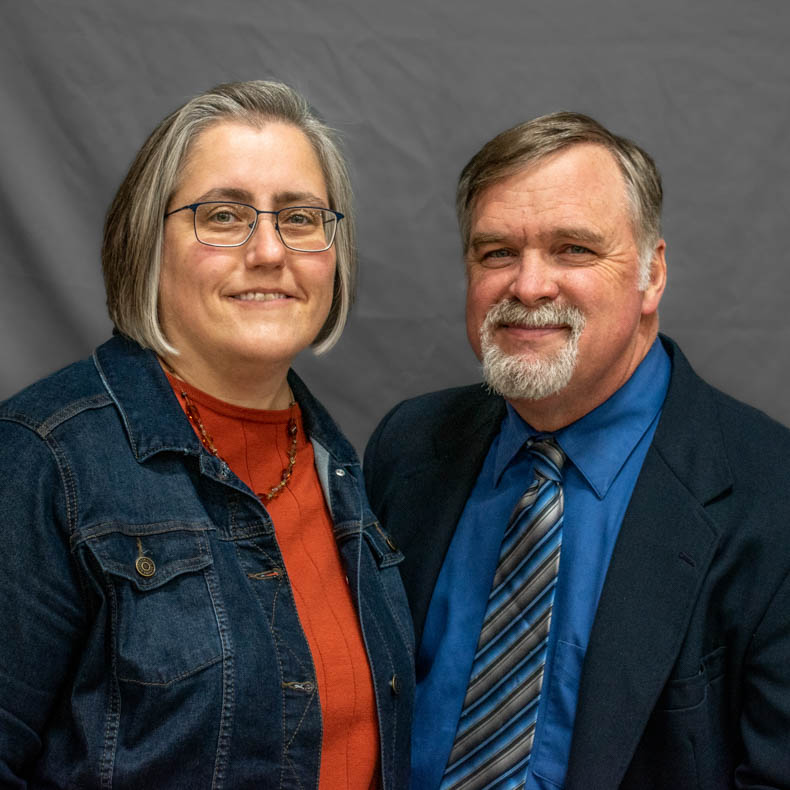 David Corselius grew up in a Christian home and has attended Peoples Baptist Church since birth. He enrolled in Frederick Christian Academy the year it was founded and continued through his graduation from high school. He then attended Bob Jones University and received at 3-year associates degree in carpentry and a Bachelor of Arts in Practical Christian Training. After graduating from college, he began working for a small construction company, married his wife (Cheryl, also an FCA grad), and started a family. His two children, Kathryn and Caleb, attended and graduated from FCA, as well. In 1999, the Lord opened the door for David to come on staff at Frederick Christian Academy as the Facilities Manager where he worked for 18 years taking care of the facilities of the church and school, as well as coaching boys’ and girls’ soccer and driving the bus for different activities. In 2017 the Lord directed David to leave FCA for a new full-time job, but he is still involved part-time with the ministry of FCA and PBC. 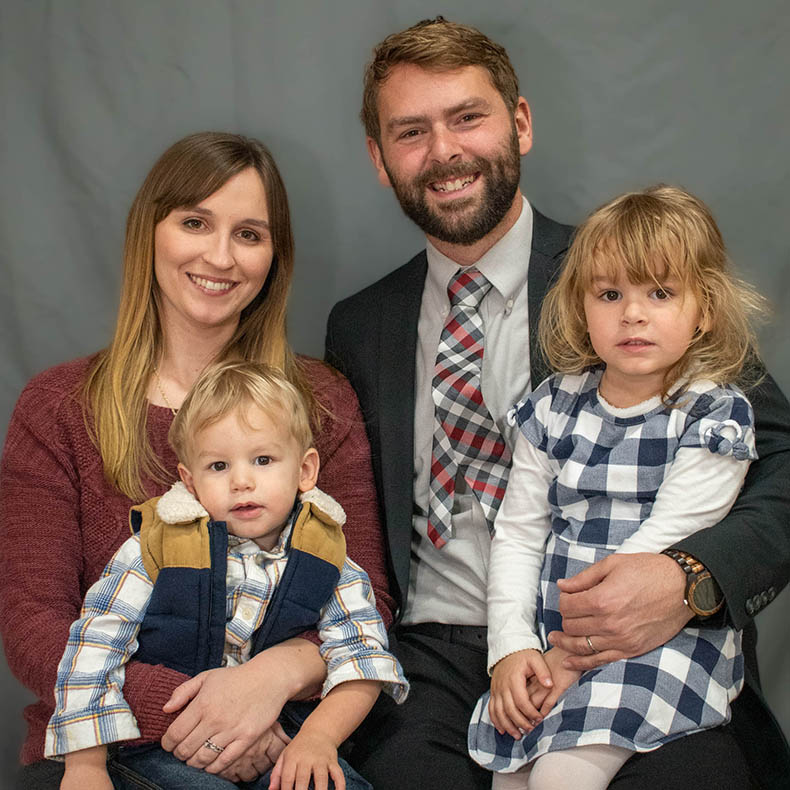 Jonny Rebert serves as Facility Manager and Pastoral Assistant. Jonny was born in a Christian home and grew up in Farmington, Maine. He attended Bob Jones University where he earned a B.A. in Bible and an M.A. in Ministry Studies. Andie attended Bob Jones as well and has a B.A. in Creative Writing. They were married shortly after graduation and, after two years of graduate school, they returned to Maine’s Western Mountains where Jonny served as Assistant Pastor at his home church for four years. In 2021, Jonny and Andie felt called to People’s Baptist Church. They have two children, Aria and Heath, and enjoy hiking, trying new restaurants, and exploring the outdoors as a family.